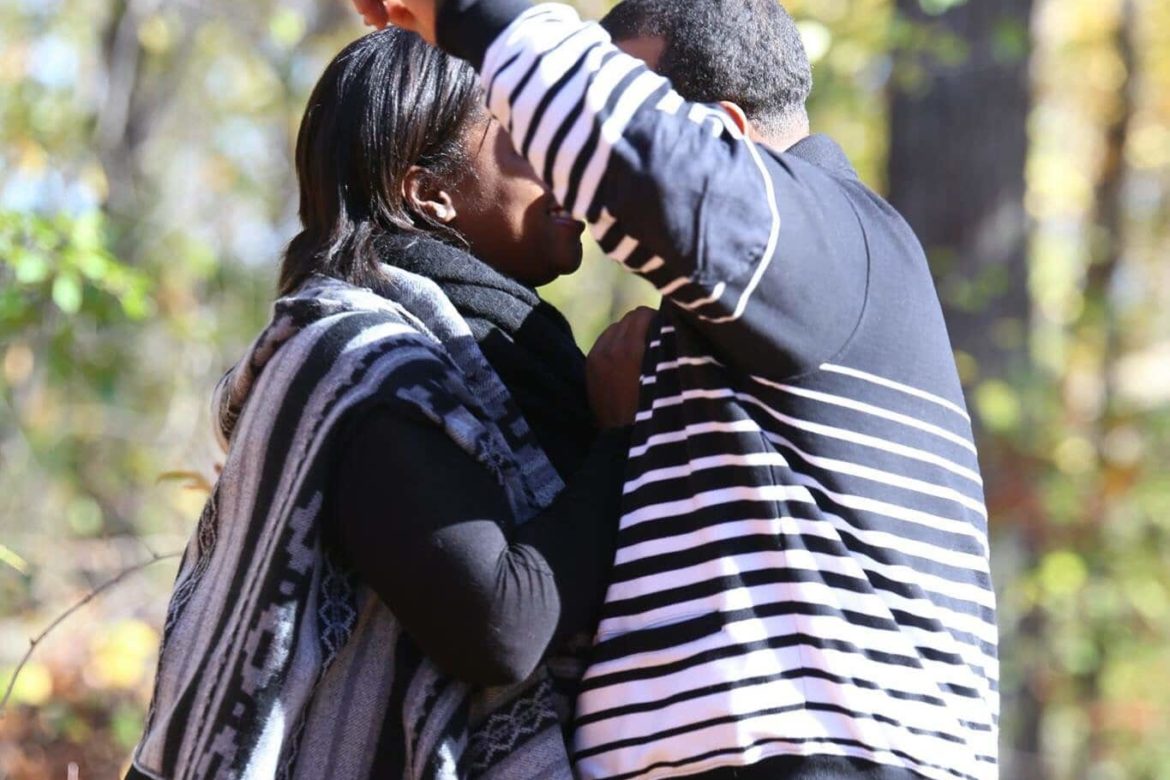 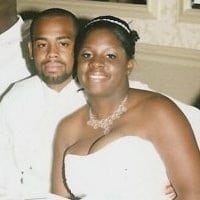 3 reasons 21 is not too young to marry, I can talk about this all day! Hubby and I started dating! I mean officially calling ourselves “boyfriend” and “girlfriend” back on December 19, 2003. Over the phone, after he pressed me to say yes! If you ask him he will tell you a whole different story. (insert side eye)Married for 11 years and together for 15. We prove that 21 is not to young to marry. My mind started to wonder if age 21 & 23 were too young to marry? We really had a tough time with some family when we told them we were tieing the knot! Also, wondered how married couples still celebrate when they started dating. (we still do) It takes us back to a time when it was just us, In love without a care in the world!

Let’s talk about Why 21 is not TOO young to marry!

It took us a while to go from co-workers to dating and when I say a while I mean only two months 🙂 !!! At first, I didn’t like him, I mean really was totally uninterested in him. I thought I was grown and told him that “I didn’t date people I work with”. Pretty sure I heard that line in a book I read or on a movie I watched. Yes, we work together at Fairlane Mall, at a college gear store called Steve ‘N’ Barry’s! (shout out to my Michigan Family) We had the best time working together, being with each other almost 24 hours a day! SO IN LOVE! Not knowing what was to come.

As we embarked on or young love story. Never knew 15 years later we would be married for going on 12 years; with 5 daughters in a new state! Furthermore, when your seventeen you don’t think that you would be dating your actual husband, right?

NOPE!!!! Didn’t think I was going on a date with my future husband. I was all into myself and wanted nothing to do with a long-term boyfriend, let alone a HUSBAND! But God had a whole life set up for me that I was obviously unaware of!!!  (GOD IS GOOD) you know the rest!!! (I Know you said it in your head) LOL!!! OK, I’m done… here are three reasons I would do it all over again!

First reason you Are Never Too Young To Find The Love Of Your Life!

In the beautifully written words of Aaliyah, “Age Aint Nothing But A Number”! We didn’t care how young we were jumping the broom. Honestly, it didn’t even occur to us. Of course, we had resistance. Most of the backlash from those who had experienced some hurt in their own relationships. Elders who thought we were making a rash decision. Friends who wanted to keep us for themselves and of course the plain old haters.

It was hard not to listen to those outside voices telling us that this was the wrong decision.  Especially form those that we loved and looked up too! Hearing words like fifty percent of marriages end in divorce was not fun either. The odds were staggering, but if you know that you know they are the one, DO IT! You only Live once! { Drake Voice}

Please know that if you meet someone even at the young age of 17 that this may be your ONE!

At 21 I was never so sure of something. Did everything to ensure that our marriage would not just be a mistake that we looked back on in our future. Marriage counseling, prayer and all the fasting we could take! Laid it all out on the table, there was nothing hidden even the scary feelings and negative thoughts we had were brought to the forefront. A must if your thinking or marrying at all!

So many people will say that 21 is way to young to get married. I mean I would have thought so to if  I had not done it myself. Meeting Curtis, (hubby) at such a young age was one of the BEST things that ever happen to me! We compliment each other in such a way that it’s really unexplainable. People always ask, How I knew he was the one? My answer is always I didn’t, But, God did!

After saying YES to being his girlfriend we haven’t spent much time apart. It was simple and easy for us to fall in love and I can honestly tell you that we both knew VERY early on that this was it for both us! Sooooo TRUST YOUR GUT AND YOUR GOD!!! I know that God placed him in my life as I was about to start dating ALL the boys  “really LIVE my life” and “sow my wild oats” (insert all bad) but if you know that he/she is the one you can LIVE YOUR BEST LIFE with the one created for you! What is sewing your wild oats anyway? Who is to say that you can’t do such a thing with your husband/wife? Don’t let the world tell you how to live your life!

THROW THE NAYSAYERS AWAY YOU ONLY LIVE ONCE!!

Second, Not Being Promiscuous is a reason to marry young.

Let’s be serious, Really transparent! Fornication is a sin that creeps up on all of us (in the most attractive packages) and is one of the hardest to get away from. I would love to tell you that I waited until I was married but I can’t and I won’t lie to you about it either. As a young woman who believed in God and his commandments, I felt sad when I went against his word and Curtis, and I discussed this often. In the end (after a year) decided that we would wait until marriage to continue our intimate relationship. Now I’m not saying that If I didn’t find Curt I would have been out here like a Porn Star but tempted to continuously test the waters… Is it just me???

I am soooo in love with this man… and sex with a man that you are IN LOVE WITH and that is IN LOVE WITH YOU #anotherlevel! God created sex, he blessed those that are married with a great level of intimacy, and if your marriage is not like that… DM me on IG: theallpurposewomen or shoot me a message below to ask me ANY questions on how we got there! As there are so many things we can do to ensure that our married life is everything God intended! This can be a hard subject

Third reason 21 is not to young: Favor With The Lord

The bible says in Proverbs 18:22 ” He who finds a wife finds a good thing and obtains favor with the lord”. Personally, I believe that this favor is passed on to the wife as well. Being a helpmeet is no easy feat. Favor is a MUST! Knowing this at an early age helped us to achieve goals that I’m not sure we would have achieved without each other. Can’t help but think that marring when we did is one of the reasons for all the blessings that we have been bestowed thus far! Putting our marriage first was such a big deal for us at such a tender age.

So go for it! Fall in love!!! make sure that you are doing your due diligence before you sign the dotted line… and you feel in every inch of your being that they are the ONE! Don’t let others tell you that you are too young… Life is an “each is own” kinda journey!!!

The All Purpose Woman

Knowing your purpose is also important! Click here for a few steps! 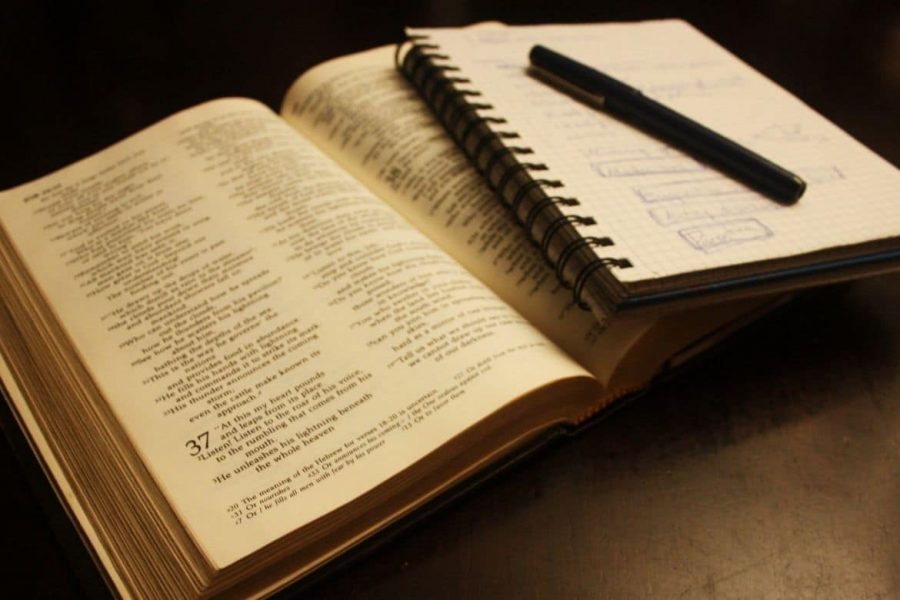 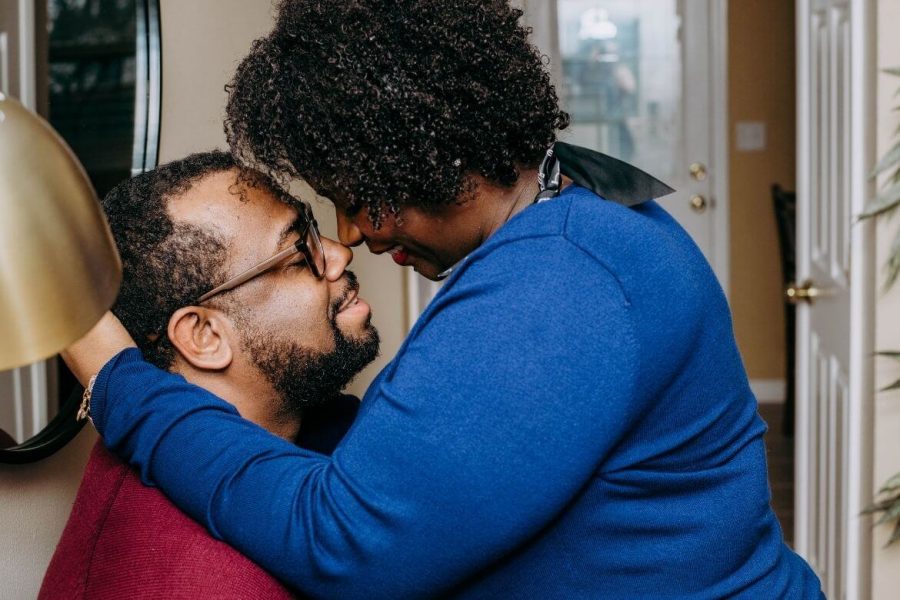 5 Elements Of A Strong Marriage 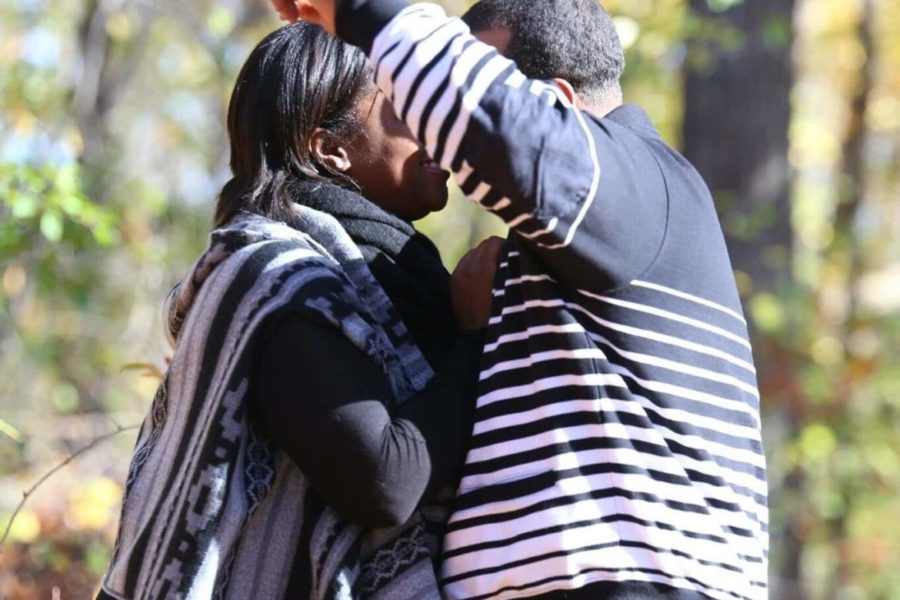 5 Ways To Pray For Your Husbands Success 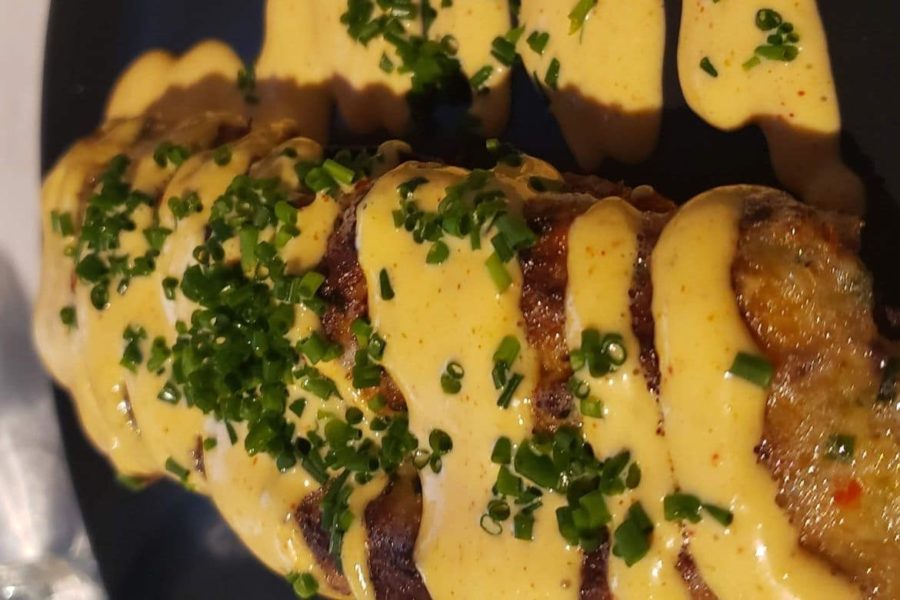 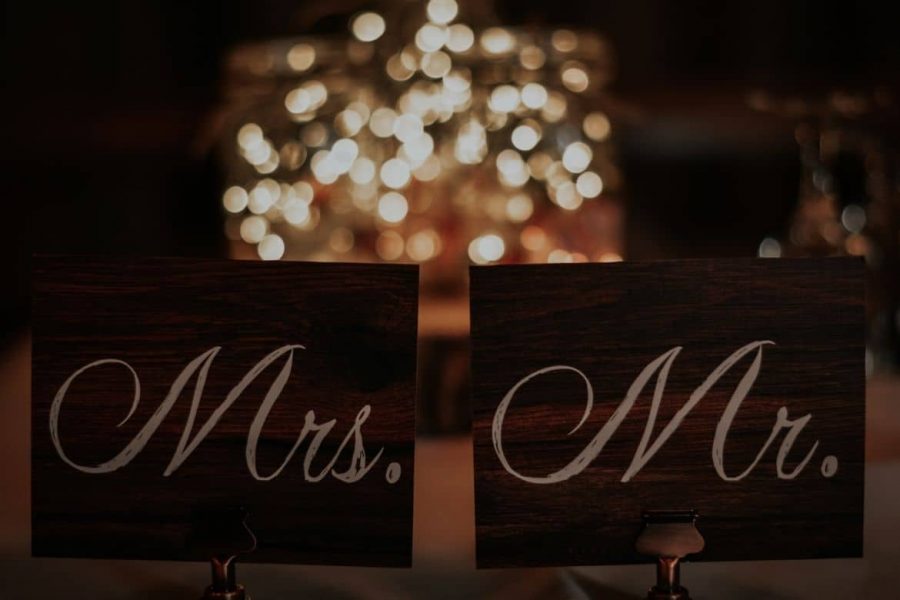 7 Characteristics Of A Good Marriage 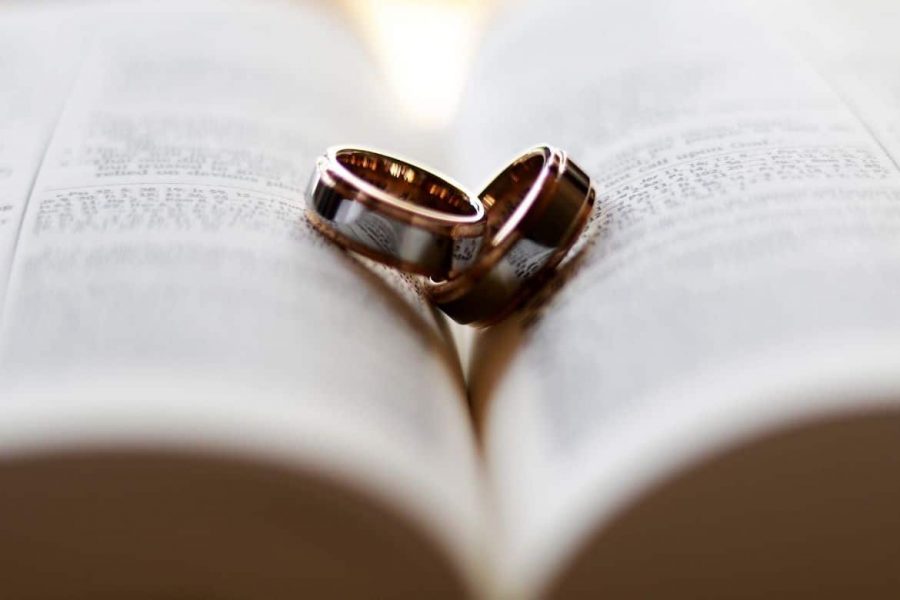 5 Bible Verses For Wives Struggling In Their Marriage 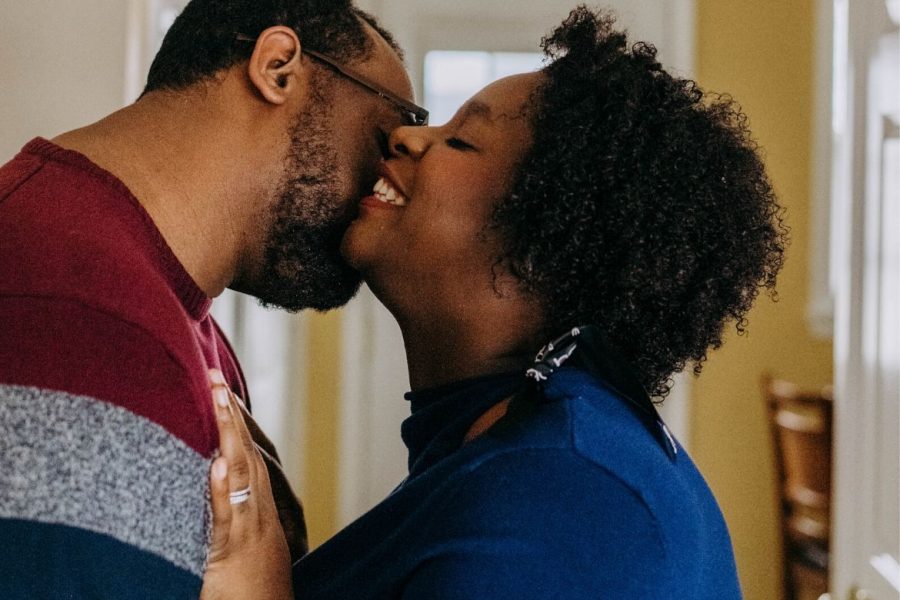 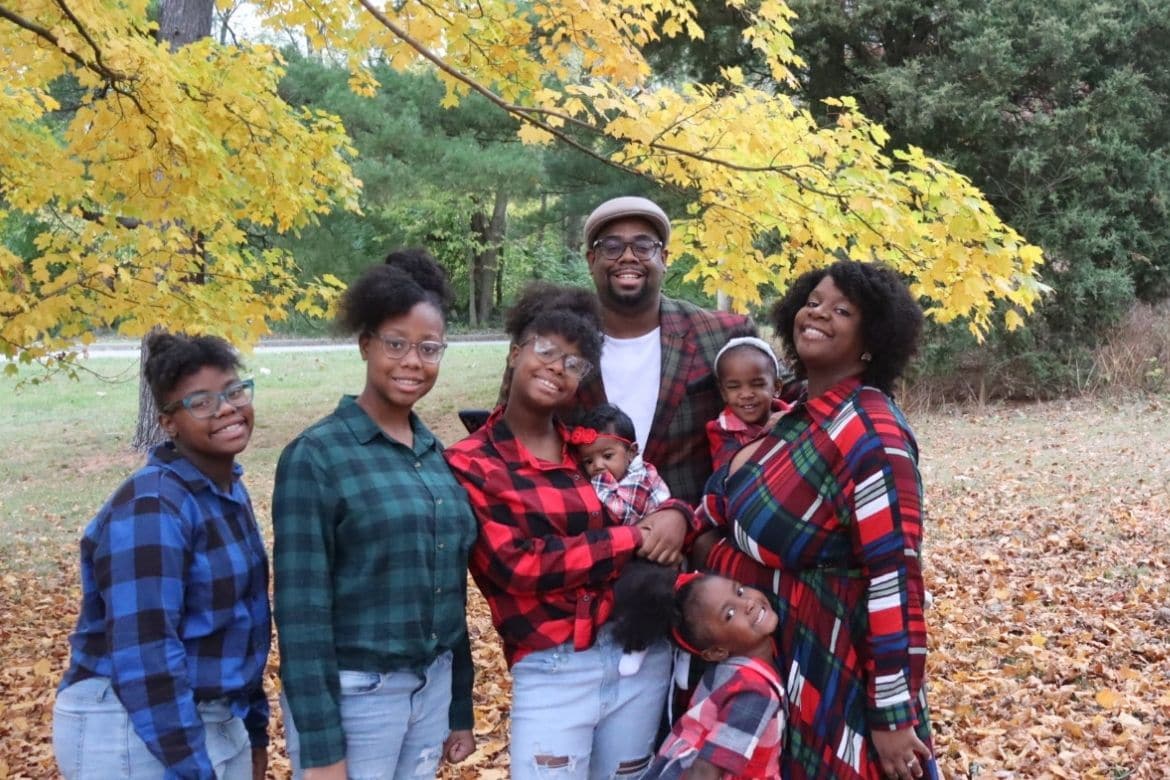 REAL-LIFE faith based topics on being a woman, wife and mom and all things in between.

Get Your Purpose Letter Monthly!